He beat after a real tough battle in Superwelterweight – 69,5 Kg / 153 lbs in full Muay Thairules by points and got the amazing WKF World title belt directly from WKF GERMANY president Roman LOGISCH.

Next WKF sanctioned title fight was for the   PRO-AM title in K-1. 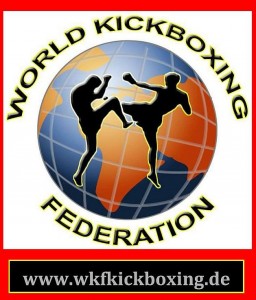 Scheduled in Lightweltergewicht – 63,5 Kg/138 lbs the fight was very technical as everybody expected and after 5 rounds the belt goes to Guido ROEDL.