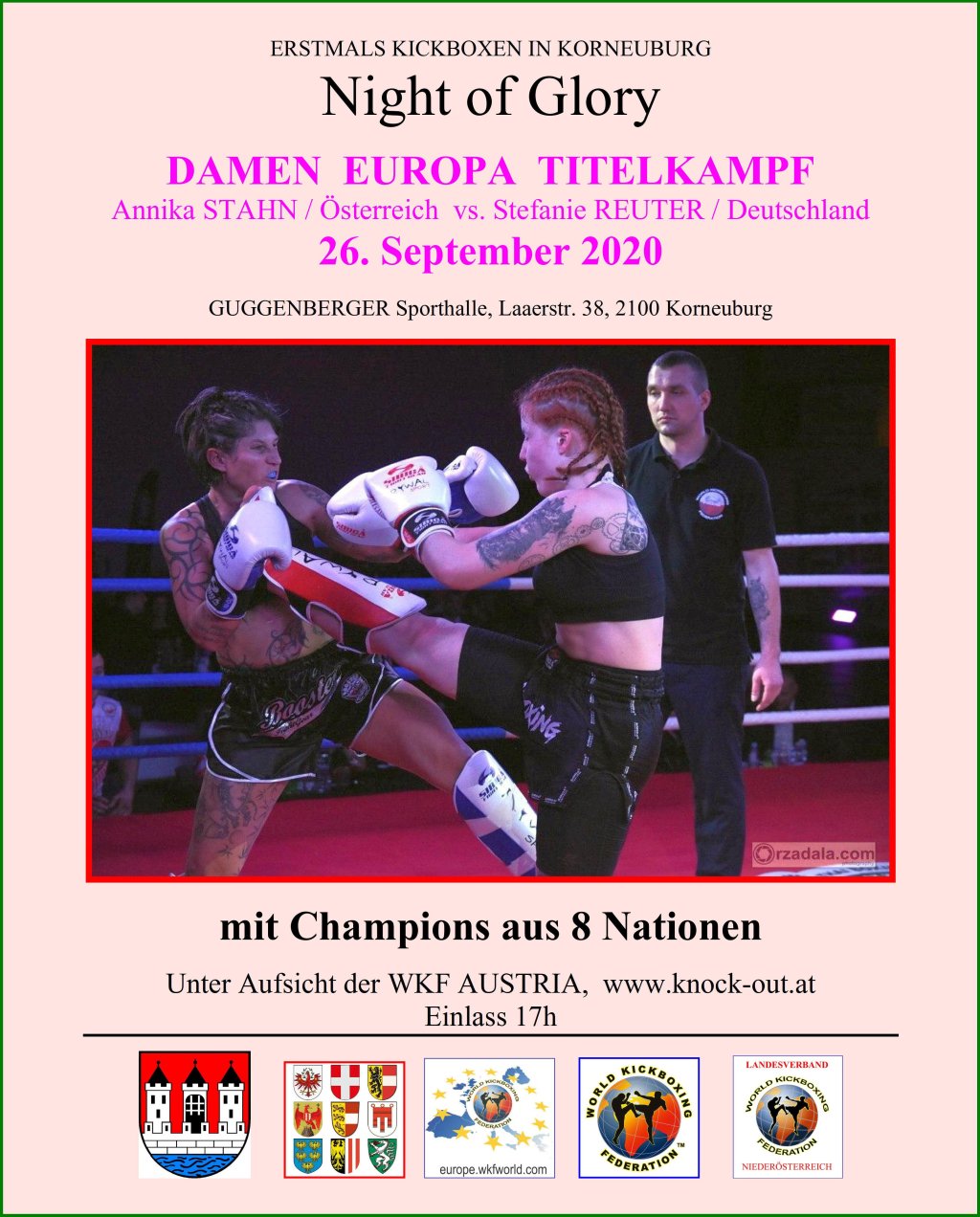 Next international Night Of Glory 19th is on SEPTEMBER 26th in Korneuburg close to Vienna and 14 international fights are already confirmed.

And so much more scheduled …

All negotiations are in progress, all contracts are to be signed up.

All updates and fight card here !

(ゴジラ)  is currently number 1 in the WKF PRO-AM world rankings and it is becoming increasingly difficult to find opponents for this girl.

If you were looking for an opponent for YOUR Girl at YOUR NEXT EVENT, it would be a great fight!