Today he is seventh in the world rankings. He will fight for the WKF pro World title in Light heavyweight – 179 lbs / – 81,4 kg.

Confirmed opponent is German Andreas BASTRON, he is European Champion as well, “happy to fight an US guy” he said.

This event is Live online !!!

WKF Brazil moves !
It was conducted last weekend, the State Championship of Goiás, state located in the central region of Brazil.

The championship brought together teams from 10 cities, and had the full support of the municipal secretariat of the city of Catalão, the city that hosted the event.

In the end the Athletic Center team of the city of Catalão was the champion in the overall standings.

At the time the professor and international referee Acacio VAZ was named national technical director of the modality of Point Fight of 2018, and will be responsible by the Brazilian team in the international championships.
For the president of CONKICK, Wagner Stivi, this event is part of a series of preparatory events for Brazilian athletes participating in the World Cup (Goiania-GO Brazil) and the World Championship (Buenos Aires – Argentina).

Our WKF SOUTH SUDAN president Mr. Puro OKELO OBOB sent his report from the last Xtra Kombat event in Kampala:
Extra Kombat Africa under 58 and 64 plus 66kgs having completed the championship with three champions from South Sudan.
Exciting fighter Simon SUDAN  Bole 64.8 kilo  putting on a great fight of the night.
Plus yohana john 58 .6 kilo who was mistake stopped by officials on 2nd round K-1 roles
plus Joseph Pio liawa who lost hid Full contact fight  South Sudan 2nd on the medals   standing after Uganda taking 10  Tanzania 2 and Kenya 1
the was not fairly judges by Ugandan they awarded belt to theirs fighter. Where Simon SUDAN send his opponent down three times . There is a great need for workshop to train right office in Uganda great thanks to Paul KABAALE with extra Kombat Africa  for giving young African fighters a platform s to showcase their experience.
More photos
already here in the Gallery !!!

Two days before is next international WKF referee seminar.

If you are interested on that seminar to extend your WKF official license contact directly Mr. Florin MINA by mail.

…  IN COOPERATION WITH PROFESSIONAL BOXING ASSOCIATION OF GREECE

WKF GREECE announce the first TRIALS of 2018 in Athens on 15th April, in cooperation with the Professional Boxing Association of Greece.

Olympic Boxing Champion George Stefanopoulos united will organize the TRIALS in the “ARISTOTELIO” hall of Olympic Boxing stadium in Athens.

Different ages and level of boxers and kickboxers will step into the ring and tested and some of them will be qualified to fight at May and June Athens events and write their fight in the Box record of EBU in Box and fight record of WKF in Kickboxing.

Now WKF EUROPE head office confirm not just one but four (!) events with US champions.

Hardly to belief, but not many American fighters has passports to travel to Europe or Asia.

For autumn 2018 its scheduled a team fight, four man and one women, all in K-1 style, 5 rounds two minutes.

Weight for the girl and four man on request.

This is just for our AAA WKF promoter only.

What are the conditions?

WKF sanction fee for the World Grand Prix is part of negotiation. And we are looking for any new serious AAA promoter in USA !

This team are the organizer of the next  World Championship -58.2kg  in Calpe Alicante Spain on April 22, 2018.

Sanchez is Spanish best light weight fighter at the moment, with many international success.

The next battle of for a WKF title belt is on the fight card. 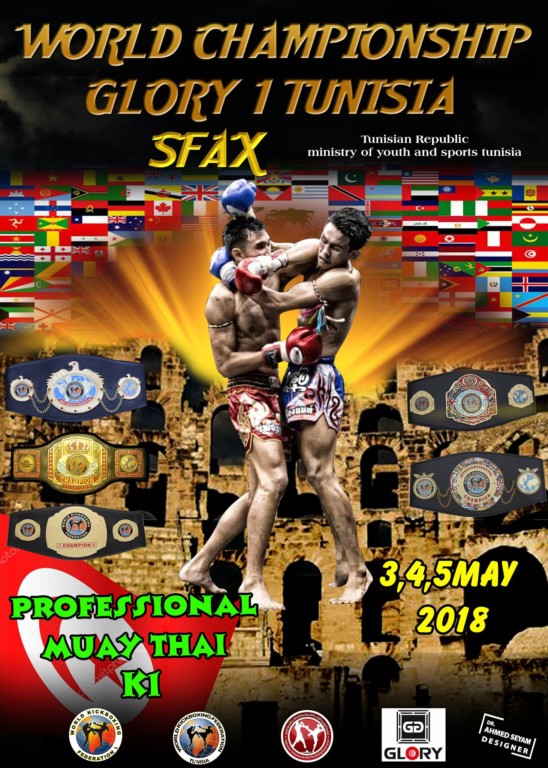 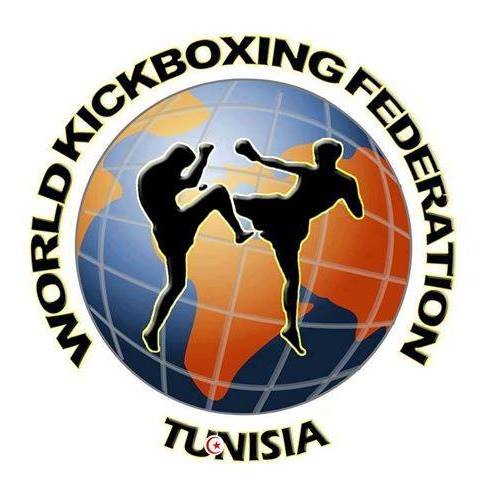 This event is in the City Sfax in the South of Tunisia.

Mr. Bouzid MOSBAHI is the Muay Thai official in Tunisia.

He was previously a member of the Tunisian Confederation for several years. He is an excellent category instructor in all combat styles.

The web site of WKF TUNISIA is here, if you want to contact Mr. Mosbahi for this event send him just a mail.

Many Gym´s send already their interest on this event.
You can participate in all Tatami and ring sport divisions.
Send all further requests directly to Mr. Stephan ZILM by mail

the next great international event in Santiago de Chile !

For any further request contact Mr. Guerrero directly by mail!